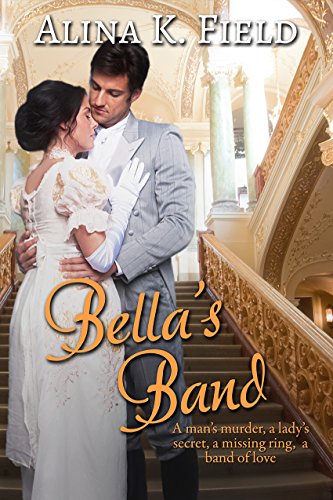 Searching for his brother’s killer, a reluctant new Earl finds a lady with answers; but getting her to talk requires all his wiles.

Bullets, blades, and incendiary bombs—Major Steven Beauverde, the latest Earl of Hackwell, belongs in that world, and is determined to get back to it. His brother’s murder has forced Steven out of the army and into the title, but he has no interest in being the Earl, and worse, no idea how to salvage the depleted estate.  A rumor that his brother had a son by a woman who may be a) the murderer, and b) his brother’s wife, sets Steven on a mission to find her, the boy, and—Steven ardently hopes—proof of a secret marriage that will set Steven free.

Annabelle Harris is a country heiress and a confirmed spinster resettled in London to find her sister, the mistress to the Earl of Hackwell. While she searches, she fills her home with orphans and street urchins. When the Earl is murdered, Annabelle’s sister thrusts the Earl’s illegitimate child into Annabelle’s care and disappears. Now, with suspicion pointing at her sister, Annabelle has begun a new quest—to find her sibling and clear her name.

When their paths converge, the reluctant Earl and the determined spinster find themselves rethinking their goals, and stepping up to fight back when the real murderer shows up.

Look Inside
Disclosure of Material Connection: Some of the links in the page above are "affiliate links." This means if you click on the link and purchase the item, I will receive an affiliate commission. I am disclosing this in accordance with the Federal Trade Commission's 16 CFR, Part 255: "Guides Concerning the Use of Endorsements and Testimonials in Advertising."

Search A Slice of Orange

Copyright ©2017 A Slice of Orange. All Rights Reserved. ~PROUDLY POWERED BY WORDPRESS ~ CREATED BY ISHYOBOY.COM

We use cookies to ensure that we give you the best experience on our website. If you continue to use this site we will assume that you are happy with it.OkRead more